A Kiwi living in Brighton

What are the Maritime’s

The Maritime’s are three Eastern provinces in Canada on the Atlantic coast. They are Prince Edward Island (PEI), New Brunswick and Nova Scotia. We arrived in New Brunswick after leaving Quebec on October 27th and spent 10 days exploring them. The scenery and seafood in the Maritime’s is famous through Canada and during the summer months they get lots of visitors from all over the world.

Our first stop was Cap Pele where we stayed at the only RV resort still open, Silver Sands. We were the only visitors there and the owner was closing up at the end of the week so were fortunate the resort was still open. The cost per night for the four of us was $35 and we stayed 3 nights. We first visited Moncton where we saw the famous tidal bore and were lucky to see a surfer… 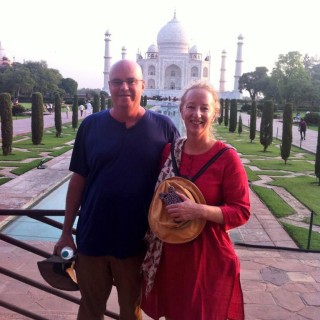 My wife Debbie and I have just completed a RTW adventure. We visited Canada, USA, Australia, New Zealand, Singapore, Malaysia, Thailand, Vietnam, Cambodia, India and Dubai. Hopefully you might find some of our blogs of use in planning your trip around the world. I also wrote many trip advisor reviews under the name of kiwiinbrighton.